The Aus Chinese Golf Association and the Korean Golf Association had our first club challenge.
The weather was not good in the beginning but it quickly settled down and the rest of the day was great.
The Koreans had 43 players in the men's team and 5 ladies in the ladies team.
ACGA had 26 players and also 5 players in the ladies team.
The Koreans won the men's and the ladies team challenge convincingly. The competition for the team event was based on the best net score for 26 players for the men's team and 5 players for the ladies team.
ACGA players will have to do better the next time.
In the individual events these were the following winners.
Nearest the pin: Jang Ho Park and Yang.
Longest drive: Stellar Shin for men driving 247 m against the wind. Anna Han for the ladies drove 172 m.
The measurements were made by Charles Pan of Beyond the Game Pty Ltd. with his trackmaster. Charles is a coach at Murdoch Pines and players are encouraged to contact him for lessons. He can be reached at tc.pan.golf@gmail.com
The Gross men winners were:
1. Edwin Choi with 72 strokes
2. Seonguin Jong with 74 strokes
3. Scott Kim with 77 strokes.
The Net men winners were:
1. Taewoon Yoon at 62
2. Jonas Fu at 64
3. Shane Ball at 66 strokes,
The Net Ladies winners were:
1. Zinna Kin at 81
2. MJ Kim at 83.
The players had dinner and the prize giving at Canton Seafood Restaurant at Morley.
There were lots of Lucky Draws prizes supplied by the following sponsors:
1. Matt Posa from Murdoch Pines Driving Range
2. Sheng Shen of Mozart Patisserie
3. Martin Wong
4. Raymond Tan from Tan and Tan Lawyers
5. Maylands Golf Club.
Wine for the night was supplied by Susan Zhang. We also had media coverage by Aus Chinese Times and Oriental Post.

Perth Madang our Korean contacts will also be publishing info regarding the tournament.

Photos of the event and dinner were taken by Cedric and Jerrod of Heathcote Camera Club. Stay tuned for all the photos which are in the process of being uploaded.
We were also lucky to be provided music by Andrew Chai. Andrew can be contacted at 0417980584.
It was a good day and evening with many of the Korean players asking for more competitions like today's. We will have to work on that.
We are grateful for people like our President Sheng Shen and Martin Wong who have done so much to organise the event.
We had several new members sign up to be members at Aus Chinese Golf Asso including:
1. Harris Khor
2. Judy Ng
3. Max Ji
4.. Jun Lu.
We welcome them to the association and hope they win our many trophies soon.
The next tournament will be the Aus Chinese Times Newspaper event. This is again a new tournament. We look forward to seeing all of you. 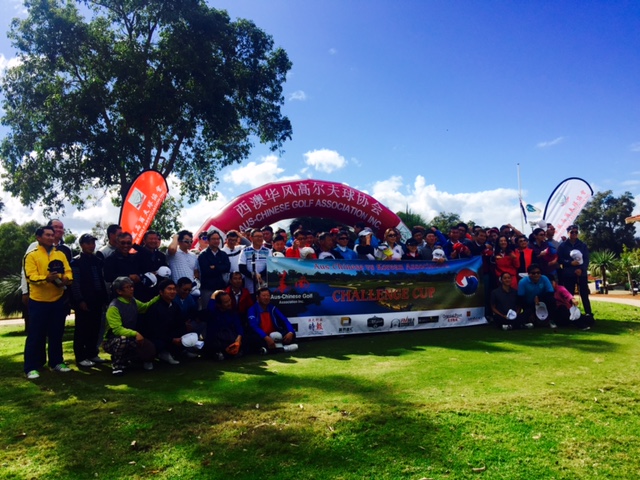